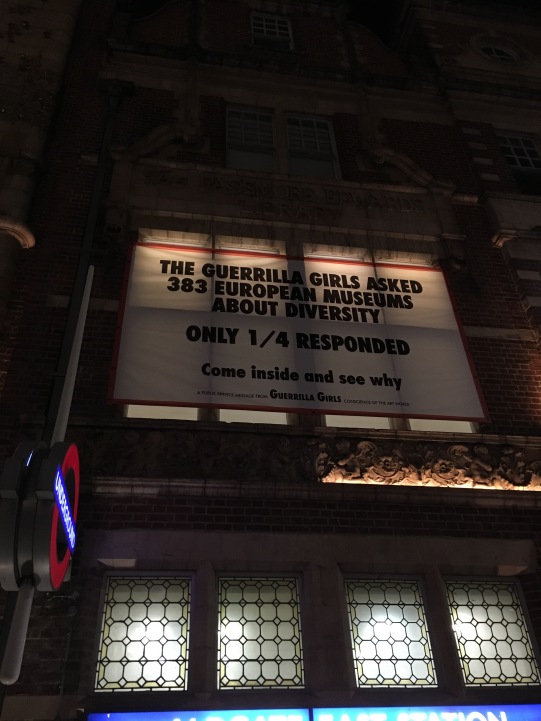 Guerrilla Girls – ‘Is it even worse in Europe?’ 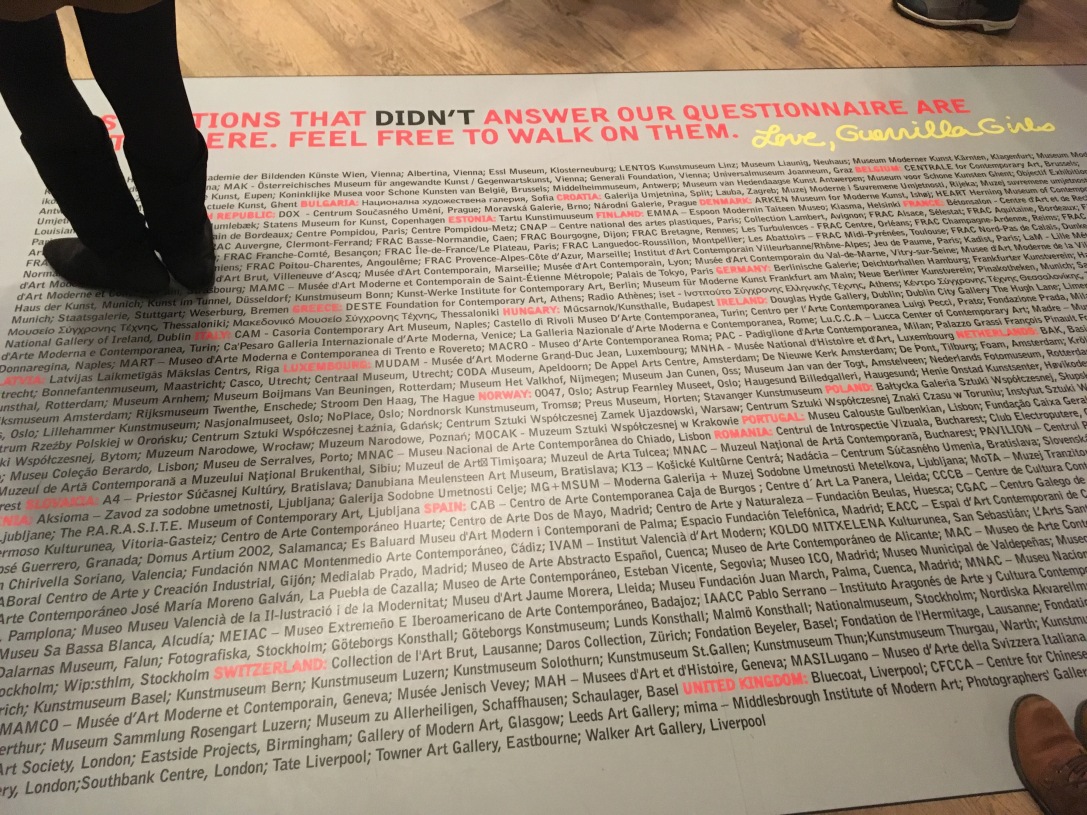 The Guerrilla Girls’ exhibition is the first in Europe, commissioned by the Whitechapel Gallery. In this exhibition, diversity in European art organisations is explored. It presents responses to questionnaires sent to 383 directors about their exhibitions programme and collections.

After looking at the eye-opening statistics presented in the exhibition, we discussed our thoughts on it. I found this discussion quite interesting because I found that it showed a quite a varied response to the exhibition. While some people felt that it could be empowering and could lead to improvement, a lot of people also felt it was quite a discouraging exhibition to women and minorities in general in particular as it exposed the sad reality of representation in the art world. I felt that I could resonate with both of these feelings. I find that the carrying out of this research is especially important for the museums involved, as having to face the facts so publicly I feel is a very effective way for these art institutions to work on the lack of representation as they will generally want to do everything to uphold a good reputation. On the other hand, it did make me realize and feel intimidated by the realities of being a successful artist as a woman and an ethnic minority in this time. 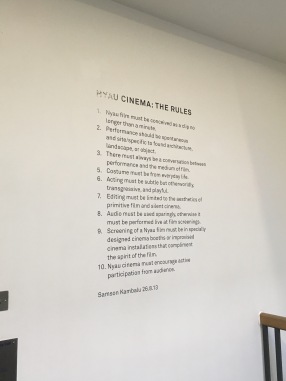 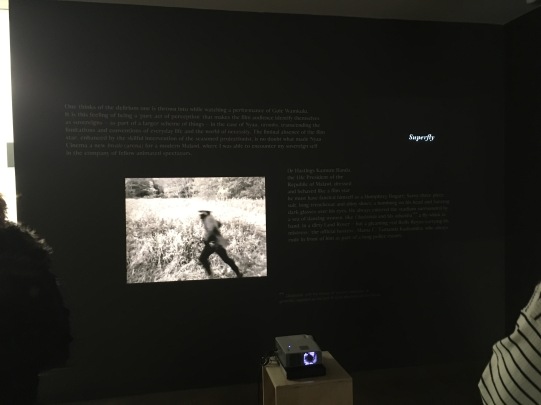 The second exhibition we saw was Samson Kambalu’s Introduction to Nyau cinema. In this exhibition, London-based artist draws inspiration from early cinema and watching films as a child in Malawi. Flickering images, appropriated footage, improvised projections, unexpected power cuts and a lively audience made every screening a joyful live event, one that also made visible the mechanics of film. 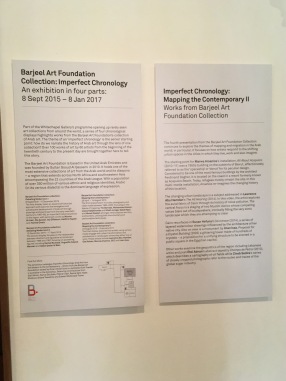 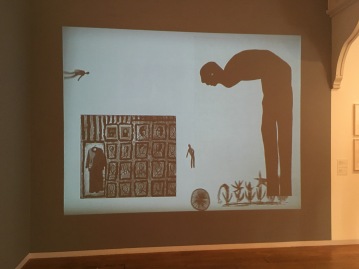 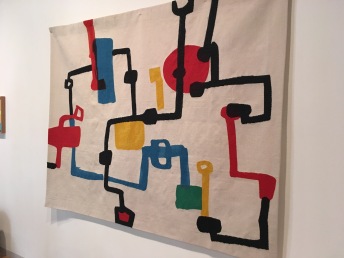 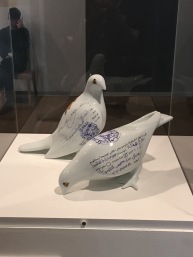 The display Imperfect Chronology: Mapping the Contemporary II focuses on the theme of mapping geographies, examining the notion of statehood and exploring how artists engage with the rapidly expanding cities of the Arab region. This is the final display in four part year-long series at the Whitechapel Gallery.

The final exhibition we saw was a commission work by Alicja Kwade, which explores our relationship with time and space. ‘A 21st century mobile, featuring twenty-four electronic star charts, revolves at the centre of the installation. Slowly orbiting each other in a three-dimensional composition, the devices evoke kinetic sculpture and occasionally align in the formation of the constellation Cassiopeia.

As the sky charts receive information from GPS satellites showing the current locations of stars, they also vocalise in unison a reading of passages from Genesis. Directly connected to the universe, the screens become windows into a starry Milky Way, positioning the viewer at the centre.

Surrounding the mobile, Kwade (b.1979, Katowice, Poland) has placed several large bronze casts reminiscent of Modernist sculpture. Their biomorphic shapes are echoed in the artist’s projection of an ambiguous mass rotating in a black void.’