To begin my painting, I made the background a solid grey – influenced by the game Cube Field. I drew out my sketch and began painting the triangles. However further into working on my painting, I felt that there wasn’t as much perspective as I wanted and thus didn’t really have the immersive effect I wanted. 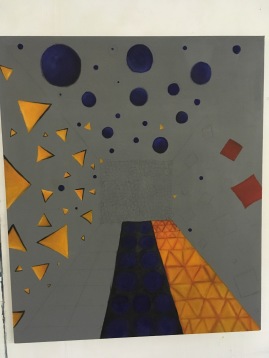 I then made the dimensions of the centre smaller to give it more perspective and once I was satisfied continued to paint it. I want to play around with the space and depth of the piece so varied the shapes by making some look more 3-Dimensional and few smaller ones more flat in the space. I also played around with the organisation of the shapes by having a few of other shapes overlap in the space of others.

I then worked on the centre, painting all the shapes – it was a fairly long and tedious process but I was satisfied with the outcome. 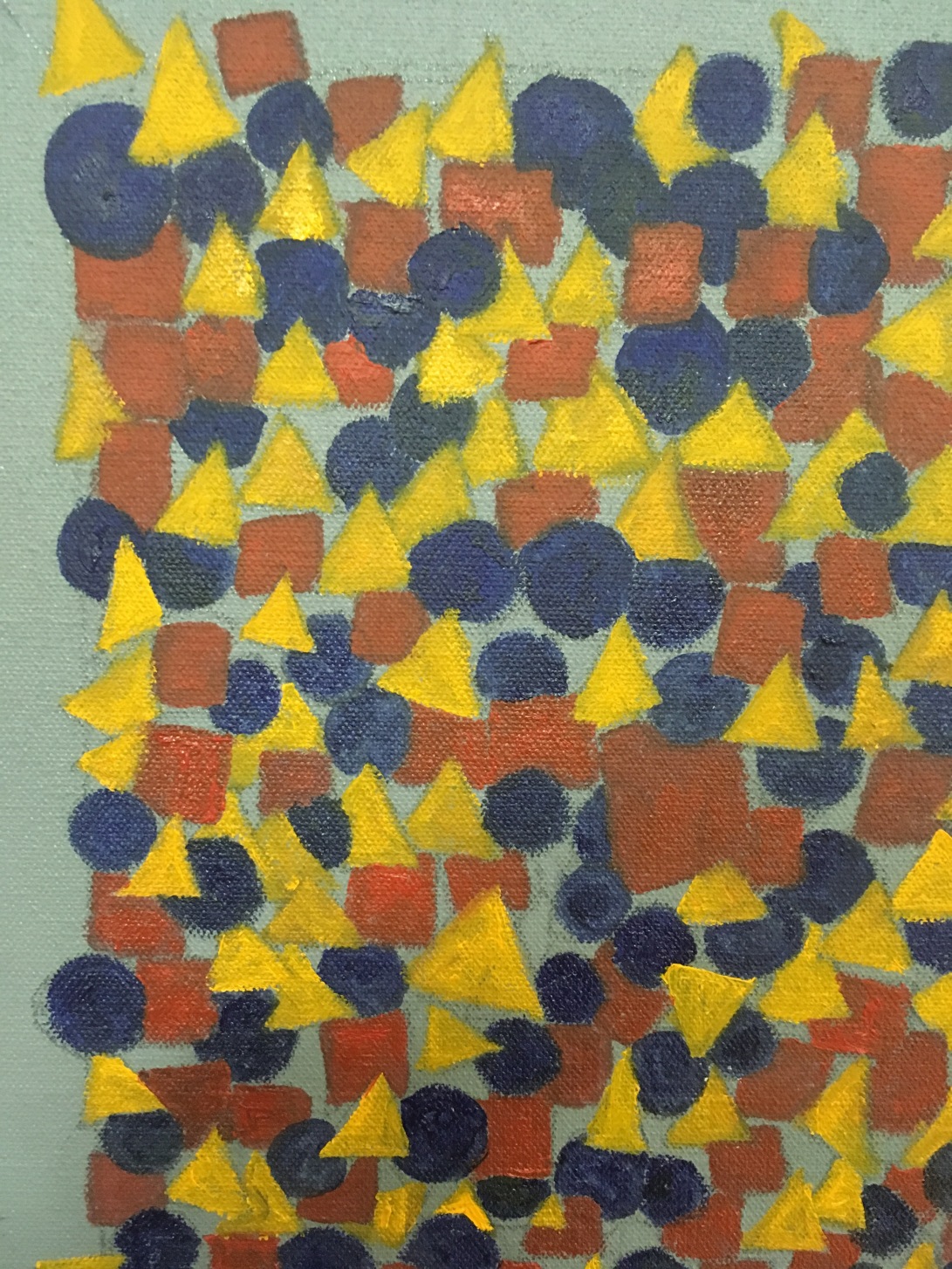 The final step to my painting, was some shading in order to make the depth of the space more prominent. Once I painting the shadows of the corners, I felt that it still didn’t have the complete effect I wanted and decided to paint all the grey in spaces between the shapes in the centre. Once I did that I felt like the depth and perspective had the effect I wanted. 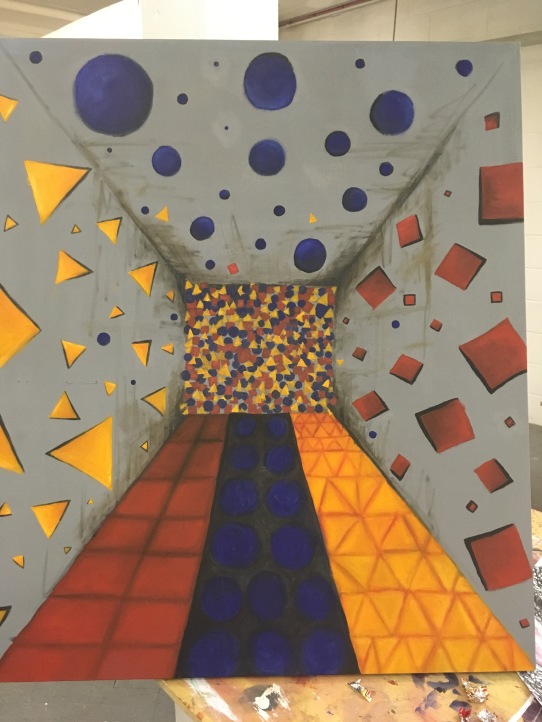