For my painting, I decided to paint this photo:

As I felt that it was subtle in its sexual connotations, with the bed and the clothing slightly of the shoulder. The branded food is also rather clear and held in a similar fashion to the Pre-Raphaelite paintings I drew inspiration from. Thus having a slight contrast here where the Pre-Raphaelite style painting being from “high” art culture, whilst the idea of consumerism and advertising is more “low” art culture.

I also like that the gaze of the model is directly towards the audience, making her seem a lot less passive than the women represented in the Pre-Raphaelite paintings. The gaze here challenges the viewer, and thus also  challenges the male gaze. 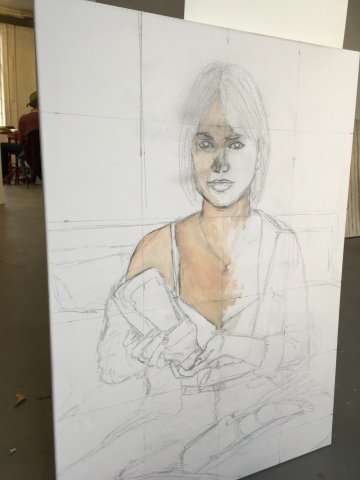 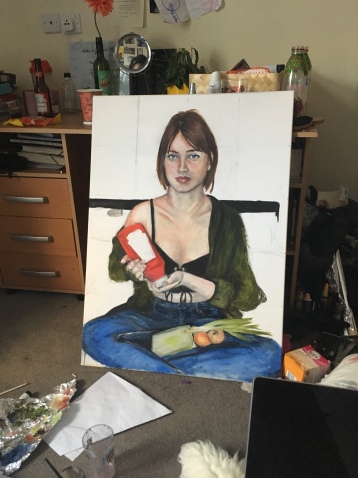 Progressing through the painting, I decided to make the background a vivid yellow. This to have that element of Pop-art which is linked to the idea of consumerism. 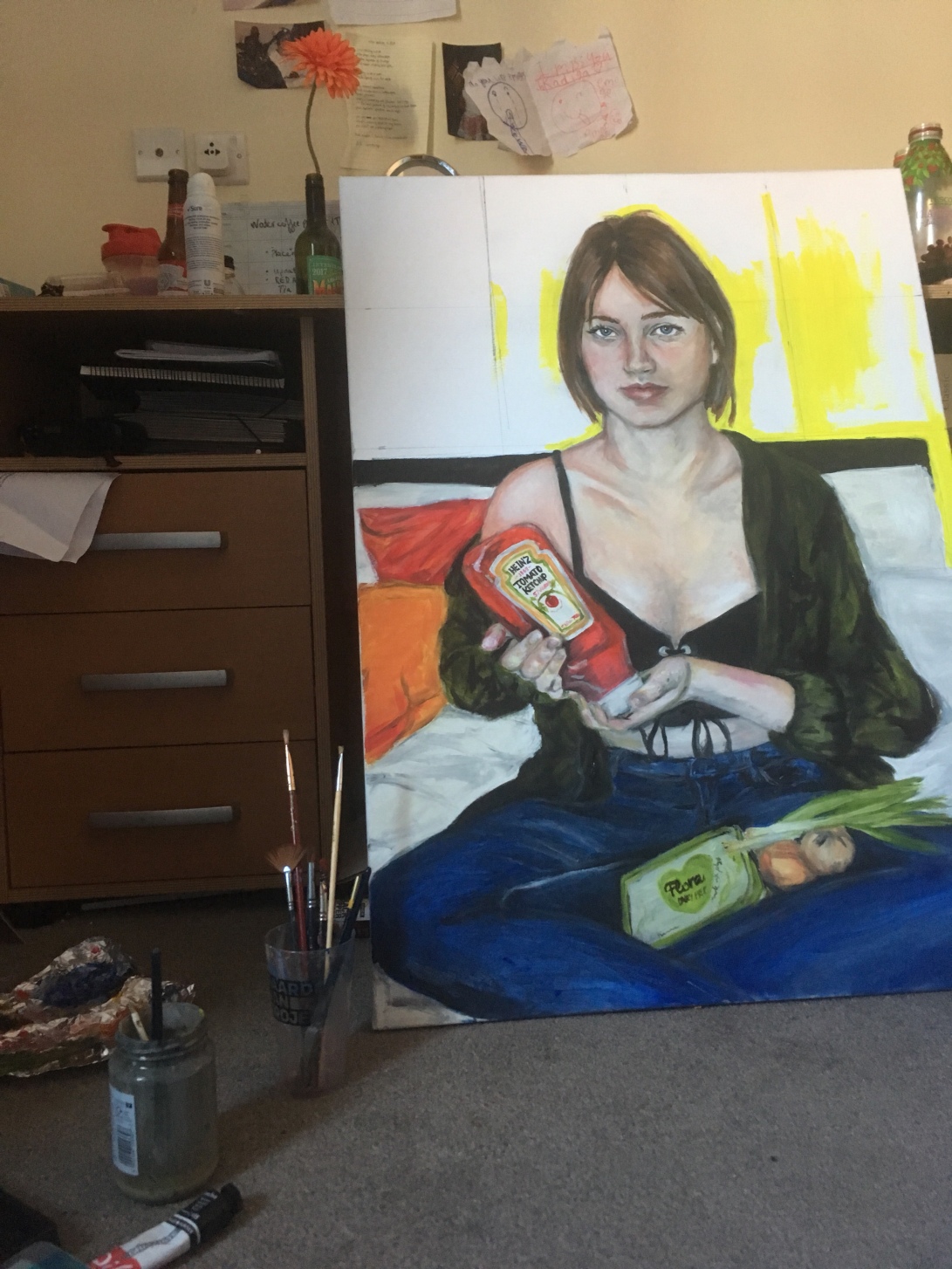